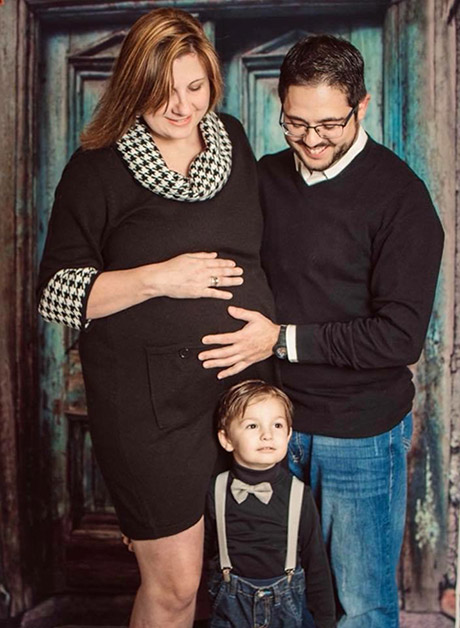 Dana Chicko has come to appreciate the power of early intervention. After all, she says, it’s what has helped her son overcome a speech delay and develop into a blossoming preschooler.

“Every day it’s something new with this kid – in a good way,” said Dana, who’s quick to credit 3-year-old Alexios’ speech improvements to assistance her Lincoln Park family has received from two sister programs administered by the Michigan Department of Education: Early On® Michigan and Build Up Michigan.

Early On provides free, in-home early intervention services to children up to age 3 with development delays, while Build Up is a preschool-based program that aims to prepare 3- to 5-year-olds for kindergarten.

Alexios is thriving and achieving milestones in his new setting. For example, Dana is amazed at how well Alexios – whom she describes as naturally quiet – has come to interact with the other children. And in the meantime, she estimated, his vocabulary has grown to more than 200 words, a significant increase from when he was age 2 and began receiving early intervention services.

Beyond participating in classroom activities, Alexios also receives speech therapy at Paun Elementary, with a focus on getting him to use full sentences instead of single-word demands.

“He’s progressing well and playing with kids,”  Dana said. “We can’t thank them enough. They’ve been so good to him. It’s kind of like having someone hold your hand throughout it. They need more recognition for what they do and more support so they can do even more.”

Alexios’ developmental strides give Dana and Domenick hope that his speech delay was only a temporary setback. They were told a likely reason he was slower to develop speech was because he was given what he wanted as a toddler without having to express himself as fully as possible.

Now, for example, instead of just proclaiming “juice,” he’s expected to say, “I’d like juice, please.” He also regularly and appropriately uses “Hi” and “Bye.”

“I even got a ‘I love you, Momma,’ before bed the other night,” Dana said. “He’s a lot easier to talk to now. It’s not hard to know what he wants. We’re kind of moving right along. It’s pretty great.”